The rich Ohio soil sure turns out some nice roots.

From Marcia: “Second day out digging roots and I had a new person with me. So I was showing him what other roots look like, etc. And then off in a distant I saw what appeared to be a nice ginseng plant but was not sure. Told him to come on lets check this out and yup, come up to the plant and it stood knee high. It was a four prong. The root looks like a man. Even has a face like a man. How do I post you a picture of it? Looks like it is going to be a good year for digging. We had let the woods go for several years since the last harvest. It may pay off. Feeling excited.” 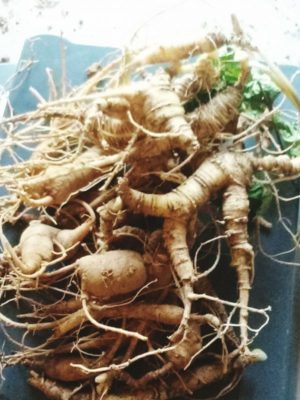 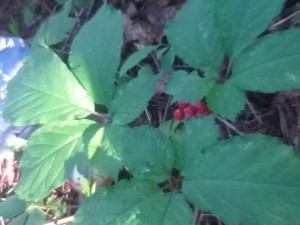 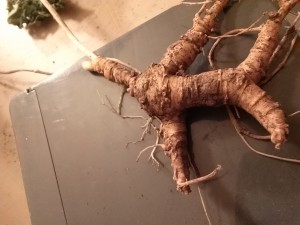 Here’s a root photo sent to me by a local Ozarks ginseng root digger. I can’t see all of the neck scars in the picture, but he says it is 44 years old. The lighter is a full-sized one put there beside the root for size reference.

Personally, I cringe to know such an old root is going to die, but I know he is thrilled to have been the one to take it and the end-buyer who uses it will love it, too. This was taken by a conscientious digger who always replants the berries and never digs out his spots. He and his grandfathers before him had used the same locations for generations.

Send your photos to me if you want me to put them on the blog (madison(at)wildozark(dot)com).

This one is another old one from the Ozarks. The digger said it actually looks like more than one plant that has grown into each other. Altogether it is more than 50 years old. The roots had two smallish plants attached to them. Because they were small, he didn’t think it would yield a big root and was totally surprised to find this: 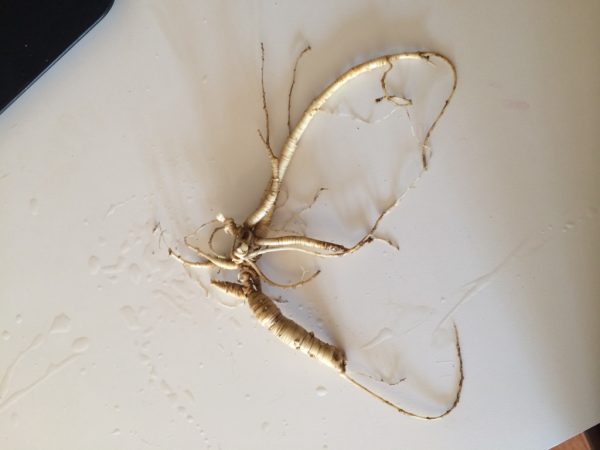